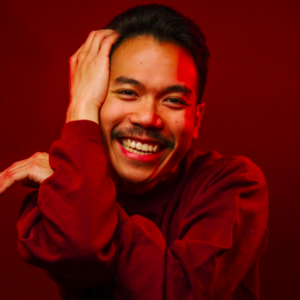 Erich co-hosted the long running 'k3wlAZN420 Show' at the UCB Inner Sanctum. He co-produces & co-hosts the 'Filipino AF' show at UCB. You also might have seen him playing with his indie teams: Grandma & k3wlAZN420. He has been taking classes at UCB since 2013, from many amazing teachers (thank you!)

Hit him up if you want to work on Harolds and other forms! Erich has lasers for eyes.