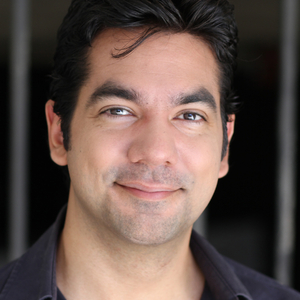 SKANDER HALIM is a screenwriter who discovered sketch writing at UCB and instantly fell in love with the creative freedom and quick turnaround time. In addition to UCB, he's studied improv at The Second City Toronto and The Miles Stroth Workshop. Skander wrote the controversial black comedy feature PRETTY PERSUASION, which was in competition at Sundance, and which led to a feature deal with legendary comedy producers Carsey-Werner, a pilot deal with Fox, and a bunch of other stuff that never got made. He has also written for the CW comedy 18 TO LIFE. Skander can most often be found at a cafe in front of his laptop, trying to hit a deadline, or performing improv at assorted underground comedy venues. He has been a proud part of Maude Night since 2010 (first with Goodman, currently with Bonafide) and wrote for the Digital team Muddleberry. Other UCB credits include the IT SUCKED! Awards, Passover But Funny, Happy Birthd'EH! A Canada Day Show, and Sketch Cram.