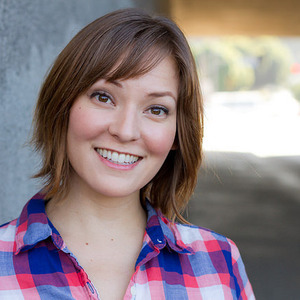 I'm Sarah Claspell and I think coaching you would be awesome. I'm currently on the graduated UCBLA Harold team Cardinal Redbird. Catch us every Tuesday night at UCB Franklin at 11pm - $5!

I'm also on UCB improv Superteam Voltron, the graduated Maude team The Get Go, and indie teams Area 51, Stro Bros, Too Big, Brad Person, Styx Martin and more. I've been doing improv at and around UCB in NY and LA since 2006. I've been on Harold teams and Maude teams at UCB in NY and LA, in addition to a bunch of running shows and performance/form classes, and I've studied under almost everyone who's taught at UCB. I've also studied Shakespearean performance under members of the Royal Shakespeare Company, if you want acting coaching. But enough about me.

Here's the deal: I want you and your team to be bold and creative and grounded and amazing and fun, so much fun. Let's work on game, let's create honest, rich, fun scenes. I want to help you do your best work together, so drop me a note and let's do this!