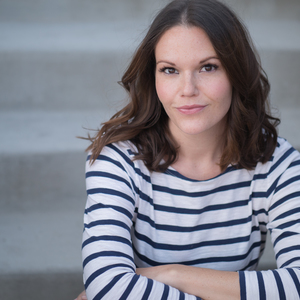 I am Rachel LaForce and I would love to coach your improv team or direct your next sketch show! I am passionate about helping performers find their joy through play and their comedy through connection. My teaching experience has taken me all over the US and internationally. I taught various improv and sketch workshops to people of all kinds and ages over a span of 4 years while I was working as a member of The Second City Touring Company. After moving to LA, I continued coaching working with ensembles from Second City Hollywood, teams comprised of UCB students and self made independent teams. In addition to being a member of an iO West (RIP) sketch team, I also directed various sketch teams for other three years. Currently, I teach a handful of workshops I created out of my own experiences both as a performer and a student of comedy. For a full list of the individual workshops I teach; you can visit www.rachelaforce.com and click on HIRE HER.

Below is an additional bio. Thank you for your time, I hope we get to work together and in the meantime, keep playing that jazz baby!

Up next, Rachel can be seen in the Whitney Cummings HBO pilot entitled A LOT. She is also featured in Whitney's directorial feature-debut THE FEMALE BRAIN now available on HULU, iTunes and Delta Airlines. Rachel is also featured in writer/director Anna Fields (Confessions of a Rebel Debutante) newest book & film documentary of the same title; The Girl In The Show: Three Generations of Comedy, Culture and Feminism . You may even catch her as a "cool" mom in Hot Wheels newest commercial "The Drive". You can also see her doing her best straight manning on Chris Webber's Full Court Pranks on TruTV! For full credits, check out her IMDBpro.

LaForce previously cut her teeth in Chicago as an actor, writer and improviser with The Second City Touring Company. Hailing from Atlanta, Rachel is a Columbia College of Chicago alum and also studied at iO-Chicago, The Annoyance Theater and The Second City. She has performed (and taught) sketch and improv comedy all over the nation and internationally. Her work has been featured at some of the best comedy festivals in the U.S.; The San Francisco Sketchfest, Chicago Sketchfest, The Chicago Improv Festival, The Del Close Festival, Sonoma Laughfest & more. She has been published in the Chicago RedEye and The Huffington Post Comedy Blog. Her video sketch has been featured on WhoHaha.com.