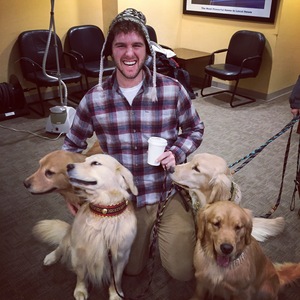 Oh hey how's it going?! I've been doing improv and sketch at UCB since 2012. I wrote the show RICH AND BORED that got a full run at UCB Franklin. I was also on the Harold Team KNUCKLEPUCK and the Maude Team OLD FLAME, but previously I was on THE BUS and GLENDALE. At UCB, I've learned from killer teachers like Eugene Cordero, Julie Brister, Alex Fernie, Dan Lippert, Alex Berg, Billy Merritt and Johnny Meeks. Before UCB, I did about 7 years in the wilderness that is indie sketch, and 4 in the exile of short-form improv. Improv-wise, I personally love focusing on group support and using the team to blow out the world. Sketch-wise, I love focusing on game-based writing and finding a way to hit that game as quick as possible and as many times as it works. But let me know what you're workin' on and I'll help you out!