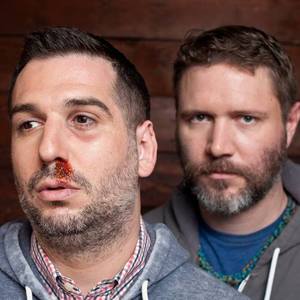 Neil Garguilo is a multi-hyphenate comedy human based out of Los Angeles and is the founding member of the celebrated comedy group, Dr. God.

Since 2014 Neil has directed, written and produced comedy series, specials and pilots for networks such as TBS, MTV, AXS TV, truTV, Playboy TV and more.

Neil was the co-creator of the comedy series MOCKpocalypse on Mark Cuban’s network AXS TV where he served as showrunner for three seasons. He has also served as showrunner of over 100 episodes of content at Defy Media and is hired regularly to help bring pilots to market.

With Dr. God, Neil made the horror-comedy feature film, Bloodsucking Bastards, which sold at Slamdance and currently airs on Showtime and TMC.

On camera, Neil has been on all 5 seasons of the MTV hit series Awkward and has appeared in shows such as Stevie TV, Attack of the Show and...of course...The Bold and the Beautiful. He regularly appears as a talking head on a variety of series and you can see him in Super Troopers 2 in 2018.

On stage Neil has regular shows at Nerdmelt, iO West, The Pack and The Nerdist Stage.

He is an alumnus of Pace University, UCB, iO West, Nerdist and many other glamorous places of learning.

Neil has a lot more going on, but let’s get real…this is getting long.