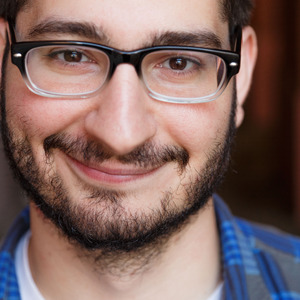 In LA, I write for the Maude team The Bus and previously Glendale. I wrote and act in the running sketch show Ethical Female Manipulation, and host the experimental variety show Cool Shit/Weird Shit.

In New York, I was on the UCB Harold team Namaste, and also the Lloyd teams Spooky Ghost and Bloody Mary.

I wrote and performed in Why We Broke Up, a sketch show/one-act play at UCB. I also directed Everyone's Favorite Game Show, a sketch show/game show at UCB East.

I can help break down and improve your scene work, and apply those skills to larger forms like the Harold, Monoscene, Evente, Movie, Documentary, Spokane, whatever else. I love improv.