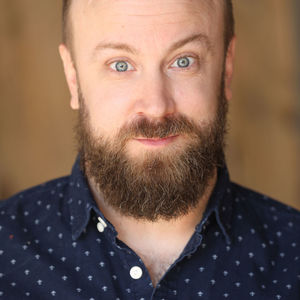 I have trained at Upright Citizens Brigade since 2009 and performed on UCB Harold Night for 3 years with Mister Town City and Landlord as well as 6 months on the UCB Mess Hall team LaserDisc. Additionally have performed on the UCB stage and various stages around the Los Angeles area, the Del Close Marathon, and Improv festivals around the country with Squeeze (UCB Cagematch Champs), Styx Martin (UCB Cagematch Champs) and Copycat (monthly UCB Sunset show).

I am an officially UCB approved improv coach. I have worked with several indie improv teams and coached the UCB Mess Hall team FANCY.

My focus is on simplicity, active scene work, strong listening and commitment to the given circumstances of your created base reality in order to highlight the first unusual thing and build a clear game from that seed of comedy that can be heightened to funny and possibly silly degrees!

I am trained in and coach most improv forms including; the Harold, monoscene, montage, pretty flower, improvised one act play, and the slacker.

In the world of sketch; I starred as George Costanza in the sold out hit Seinfeld: The Purge, as the absent minded cop in Squeeze Academy: Cops on the Loose and was a cast member in the sketch show written by Joy Regullano Racism Is Over on the UCBTLA stage. I am a regular cast member with the children's program Story Pirates, been a performer for UCB Maude night with The Space Program, written and performed for UCB Sketch Cram, previously been a writer/performer for the iO West sketch team The Mutiny, performed with my sketch team Gutbomb and Squeeze in the UCB Sketch Showdown and have performed in several UCB spank shows as well as UCB Sketch 301 class shows. Plus starred in UCBcomedy Sketch videos, Funny or Die Videos and Cracked Sketch Videos.

Additional Credits:
Appeared on Conan in a Friends/Hobbit mash up sketch
Featured in viral hit: Fake Oscar Prank
Starred in Indie hit films White on Rice and Feeding Mr. Baldwin
Hosts and produces the podcast I Will Watch Anything Once