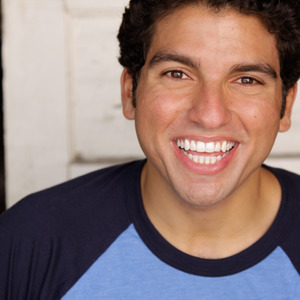 Mano loves teaching improv and it shows. Mano loves directing sketch too! Mano is me... I will now talk as me. I would like to coach you and have some fun with it, cuz if you're not having fun then WHY?! WHY are we even bothering? My strengths include developing scene work, ensemble building and pro-level goofing-around.

Mano is a UCB-Approved Coach. (This is not a bit.)

Mano is a writer and performer from Greensboro, North Carolina. You know, the birthplace of O'Henry.

He graduated from UNC - Chapel Hill in '08 with a B.A. in Sociology and a minor in Screenwriting. While in Chapel Hill, he performed improv and sketch at Dirty South Comedy Theater. He moved to LA in 2008 and has been taking classes at UCB ever since. Mano is still very excited to be on his first Harold Team, Winslow. Other UCB credits include Wilhelm, Urban Legends, Not Too Shabby, Let's Do This, Cagematch, and SketchCram! If you have eagle vision, you might have also seen him briefly on Comedy Bang Bang and Newsreaders.

Mano wishes to thank the fat Arabic kids from his childhood. Without their love, he'd be nothing.