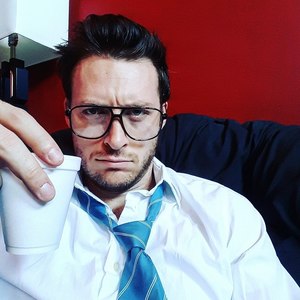 I have been improvising for 19 years. I have trained at iO West/Chicago, UCB LA, Groundlings, Second City Hollywood, ComedySportz LA, Revolution, Bovine Metropolis, w/ The Reckoning.

I lean into the idea of listening and letting the moments lead you. You should be having fun and having fun with each other. If the audience sees you judging or stressing or grimacing... why are you doing this? Improv is a release, it's not more work.

I prefer an organic approach. (I know, lots of improvisers dislike the idea of organic) My approach to organic is NOT wandering around the stage as birds, or coughing, or whatever. It's doing what you want to do because you had an impulse, and then everyone else is listening SO HARD that they can feel the show evolving around them... then, you know... you're really in it, and having fun.

I am half of the award winning writing/improv duo redDoor. We have performed and taught internationally and rely heavily on reactionary improv. We go where the shows feels like it wants to go. I can easily coach standard scenic and show practices, but prefer to focus on the world, space work, physicality and listening.

I am also in the improvised action movie show, The Resistance. So I am very comfortable with any sort of improvised movie, or narrative coaching.

Thanks for reading all of this.... if you did.

Nominated for a DEL CLOSE AWARD for Best New Show - 2014

Nominated for a DEL CLOSE AWARD for Best Improv Show - 2015