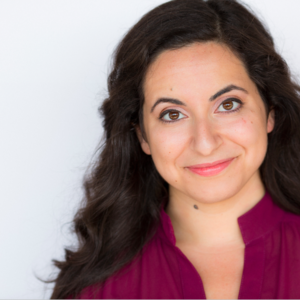 Hey there, I'm Joy. I'm great. A recent fortune cookie told me I am kind and sociable.

I've been doing improv comedy since 2006 studying and performing both short form and long form. I've performed with many amazing talents like Alex Moffat (SNL) and Jessica Williams (The Daily Show). I also write and perform sketch and late night comedy with shows like "Welcome to Hell! with Andi Kryst," a late night talk show hosted by the daughter of Satan. It's a hoot.

I'm a main company member of LA's longest running show, ComedySportz where I perform and teach, and I also perform with Impro Studio Theatre in Los Feliz in shows like Tennessee Williams Improvised and Professor Oxford. I've performed on the main stage Harold team Darkroom at iO West; a member of the improvised musical Harold the Pat Benetones ; and has performed and studied at nearly every major improv venue in Los Angeles.

Some of my specialties include musical improvisation, narrative, and character work. I love bringing teams together and I believe in the old saying that everything you do is right.

Check me out I'm dope www.joymamey.com