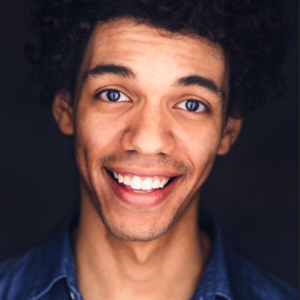 I will simply say up top that I am both a dedicated comedian, but maybe more importantly, a dedicated teacher. I have many philosophies on comedy, but I am most interested in having comedians grow as individuals and as a group. The more you know about your goals, the better I can help. That being said, I'm also down to either discover what your goals may be or just get silly and have fun! (Now excuse me while I begin to talk in the 3rd person, because it just looks more official that way.)

Jonathan Braylock is a comedian who earned a BFA in Theater at NYU Tisch School of the Arts, but now wears many hats: sketch, improv, stand-up & characters. His credits include: The Amazing Spider-Man 2, MTV's Money From Strangers & MTV's Hey Girl.

Improv: Jon began studying improv at UCB in 2010 where he learned under teachers like Gil Ozeri, Chelsea Clarke, Brandon Gardner, Gavin Spiller, Fran Gillespie & more. He is a part of the former Lloyd Team Astronomy Club and currently on Lloyd Night with Lisa From School.

Sketch: With his former sketch group Inside Joke Films, Jon has performed college shows and many notable sketch festivals including San Fran SketchFest, Chicago SketchFest, Sketchfest NYC, Toronto SketchFest & more. He is a former member of The PIT House Team Slapfight, host of The PIT sketch jam Pens & Pencils, and had a run at UCB Chelsea with his one man sketch show: The Black Experience.