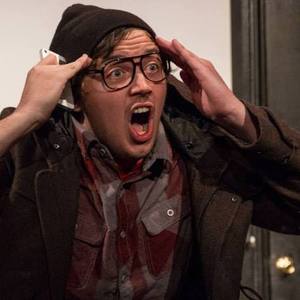 He is also a member of the sketch group Big Grande, who has had the pleasure of doing multiple sketch shows at UCB LA, as well as being featured at San Francisco Sketchfest.

Give him a holler!