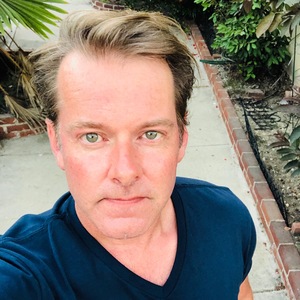 John has been performing, coaching and teaching improvisational comedy for over 20 years. He can be seen every month at The Glendale Room with Big Yellow Taxi and throughout Los Angeles with Downtown Menagerie. He created the award-winning “The Dick & The Dame: Improv Noir” alongside his longtime comedy partner Stacy Rumaker, and is known for his producing, directing, writing and acting for shows ranging from the avant garde WBOC to the acclaimed Scumbag Shakespeare.

His deep 15+ years of experience as an improv coach ranges from experienced ensembles to new teams to folks preparing for auditions. He even teaches a workshop on how to coach.

Offstage he is a triathlete, fitness and yoga enthusiast, music nerd, gamer, and loves travel, design, “proper football,” Japanese whisky, cooking & baking, and he loves his bulldogge more than oxygen.