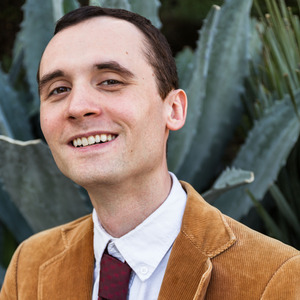 Hey Dude / Dudette! I love sketch comedy, and would really like to coach your team, writing group, spank show, or whatever! I currently write for UCB Maude Team "Tut" and prior to that I wrote for iO West House Sketch Team "The Mutiny" (SF Sketchfest, Chicago Sketchfest) and indy sketch darlings "Dumbshit Mountain" (Newsweek, Yahoo News).

Professionally I've written for shows on SyFy, TruTV, National Geographic Wild, The Nerdist YouTube Channel and have had sketches featured on Comedy Central’s Tosh.0, Funny or Die, UCB Comedy and elsewhere. I'm a contributing writer for Cracked.com, and "Man vs Pudding Cup?" which was a sketch I wrote for The Nerdist was named one of The Comedy Bureau's 100 Best Things In Comedy We Were Witness To In No Particular Order of 2013.

I also interned for the people who created The Mighty Boosh, which was crazy!