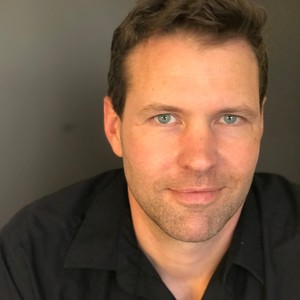 Joe Spence is a current or former house team member and has coaching/teaching experience at Second City LA, iO West, LA Connection, The Nerdist School, and ComedySportz LA. Joe is also currently one of the teachers on staff at Gary Spatz's The Playground, the only bonded young actors conservatory in Los Angeles.
Joe is a graduate of The Second City LA, iO West, ComedySportz LA, and The Nerdist School as well as studying game at UCB and studying with Groundings founder Gary Austin.
Joe has been fortunate enough to live and work in Los Angeles as an actor for almost fifteen years. Since moving from the great state of Ohio, Joe has had the opportunity to perform on stage, film, TV, internet, and recently in motion capture for a virtual reality experience that was part of the New Frontier Program at Sundance Film Festival.
Joe now spends almost a majority of his artistic time and energy teaching the art of performance to others, mostly in the art of improvisation. In classes and workshops, Joe has helped actors from age six to sixty in Los Angeles, Oakland, San Francisco, San Diego, and Columbus find their artistic voice and, more simply, find out who they are as an individual and explore ways to express themselves effectively, smartly, and honestly. Classes emphasize a sense of play, but always with a sense of professionalism, no matter the age of the student.