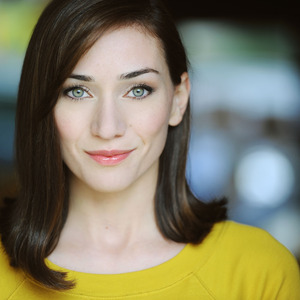 Oh man, I love to coach. I perform on the weekend team Search History and performed on Harold Night at UCB NY.

In addition to being on Harold Night, in NY I also performed weekly monoscenes with my team, Gadget, for 2+ years. I have taken nine Advance Study Performance and Advance Study Harold classes where I have studied and performed almost every form. I perform on Maude Night with Bombardier and was on the UCB NY Maude team, Onassis for 3+ years. I have been in several sketch shows at UCB and have performed both character pieces and sketches in a handful of UCB's "Best Of" and other industry showcases. A character I wrote and perform is featured on Season 1 of the upcoming "UCB Show".

Dawn Luebbe and I co-founded the dark comedy production company, Gulp Splash Productions. We co-wrote and star in the short, "Greener Grass," for which we won the "Special Jury Recognition for Writing" at SXSW 2016. "Greener Grass" is currently airing on Canal + in France and Spain. We also co-wrote and produced the upcoming shorts "Buzz" and "The Arrival" (which we also co-directed). I have acted in several films and television shows including starring in Tommy Wirkola's film, "Dead Snow II" (Sundance 2014) and appearing in Victor Levin’s film, “5 to 7” (2014). I have performed sketch on The Late Show with David Letterman, Inside Amy Schumer, The Pete Holmes Show, Adam Ruins Everything, and Comedy Bang Bang. I co-created and star in the series "That Couple You Know" on Above Average.

Born and raised in a Chicago suburb, I began improvising in high school when I completed Second City's (then) six level training program. I majored in acting at the University of Illinois and continue to study acting with Nancy Banks here in LA.