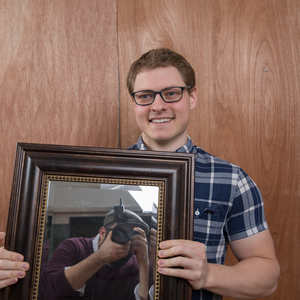 My name is Jesse Neil and I was a member of the UCB Lloyd team Hotspur, as well as the UCB Harold teams The Enemy and Slamball. I've studied at UCB for about seven years under Michael Delaney, Jon Gabrus, Will Hines, Kevin Hines, Chelsea Clarke, Gavin Speiller, Anthony Atamanuik, and many more. As a result, I can show you some improv stuff that I've stolen from all of them. I also had two running sketch shows at UCB (The Keith & Jesse Show, and The Keith & Jesse Show: For One Night Only), and I'm available for directing, editing, and noting sketches. Furthermore, I like to cook. This has nothing to do with comedy, but it remains true.