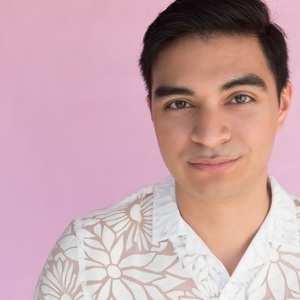 Hi! My name is Jesse Esparza and I'm looking to coach more improv teams. I focus on playing emotionally, having a strong opinion, reacting, simplifying scenes, and following the fun.

I've been at UCBLA since 2009 and have been coaching since 2012. I love coaching improv and directing sketch stuff. I have a lot of experience, all listed below, get @ me if you're looking for a fun coach who knows their stuff.

I also direct Spank shows and read sketch packets if you need that too!

I've been studying at UCB for 10 years and have studied with the best. My credits are below. I believe I would make a good coach because since starting, I have completely dedicated myself to UCB and the LA indie scene. I've been in many practice and performing groups. I know how it works. I've been in your shoes and I can help you become a stronger improviser. I first and foremost focus on playing emotionally, and having a strong opinion and point of view. Often times people are too caught up with game and forget to be human beings. I also focused on finding the game/ the fun of the scene and completely exploring it and having FUN. I love character driven scenes and can help you with that. I know all of the forms and can really help your team grow. I've studied with so many people as teachers and coaches and fellow improvisers, and I've taken all of their lessons and information and can now help you.

My schedule is openly available Thursday-Monday. Tuesday and Wednesday I'm available after 4pm. The rate is $30/hr.

I have a tumblr that started as an improv advice blog, but is now mostly used for gif's and promotional stuff (http://jessedontthink.tumblr.com) If you dig deep enough, you can definitely read more about my improv theories. I am looking to coach improv, but if you need a director for a Spank, I can do that as well. I put up many running shows at UCB recently. Below are my full credentials. Live laugh and love!