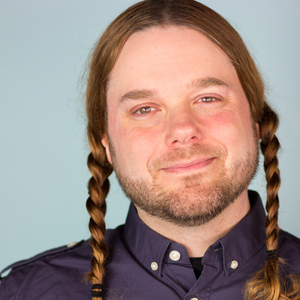 I'm a writer, actor, and musician living in North Hollywood. I began studying at UCBNY in 2010 and continued here in LA in 2015. I also studied at The Magnet and iO West. I've been on numerous improv teams, and have practiced all kinds of forms. I was also a writer/performer for iO West sketch team Wilton from 2015-2017, coached by Anna Cecilia.

Currently, Jen Curcio and I host This Is My Art! @ The Clubhouse every first and third Friday night at 9:00.

Also, Will Hines said I'd make a good improv teacher. So we got that going for us.