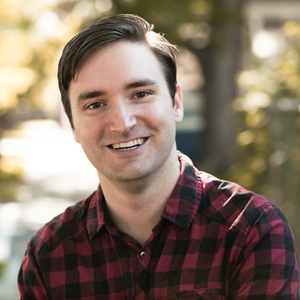 Taught Improv Level 2 (which developed) for the Brooklyn Comedy Collective.

I've been improvising in one form or another since 2003. My improv education comes from Chicago. There I was a performer/coach/teacher and Harold Commission member at the iO theater. I coached one of the oldest and most respected teams at that theater, Revolver. I was also a performer/coach/teacher at the wonderful CIC theater. Then in New York at the Brooklyn Comedy Collective. I've recently moved to Los Angeles, along with, apparently, the entire population of NYC.

My focus is on getting you out of your head and responding to your partner and the piece.

I specialize in two ends of the spectrum: weird free-form thematic improv, and slow, grounded scenework. I taught level 2 at BCC (2 person scenes, POV, etc). At the iO, I taught level 3 (grounded scenework) and at CIC I taught and developed the curriculum for level 2 (the show as a whole). I like to focus on using everything in the piece, opening up through movement, being positive and inspired, and staying in the moment/letting go of rules.