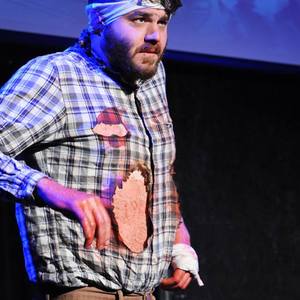 Hi! My name is James Pumphrey and I’m available to coach your sketch or improv team. I’ve been writing and performing at UCB for ten years. I currently run a monthly sketch show at UCB Sunset called Revolver that’s been running for a year. I’m also a coach/director for the Miles Stroth Workshop house sketch teams. Before that, I was a founding member of The Midnight Show and did that for five years. During that time we toured with Drew Carey and went to a number of festivals. I was on UCB Harold teams for a few years including Cabbages and Kings, Panama, and The Galleria. Two years ago I sold a sketch pilot to Comedy Central, and I was the head writer for the Adult Swim show Loiter Squad, starring Tyler the Creator and the rest of Odd Future. I was a series regular on Matt Walsh’s improvised sitcom, Players, and starred in his fully improvised feature film, High Road. Below is a link to my UCB performer page, and my email address. Thanks!