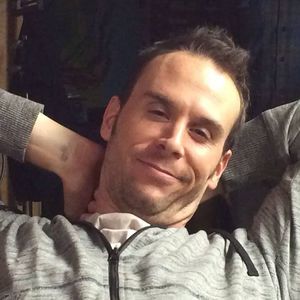 James Mastraieni is an actor, writer, improviser and owner of the world's most Italian last name. James cut his teeth while touring with the Second City theatricals for two years and is now a regular performer at The Upright Citizen's Brigade with the Harold team, Outside Dog. He also was on the UCB Harold team The Ruckus. James can also be seen every Friday night at iO West with the group, Orpheus Roy, whom The LAist called, an "improv powerhouse".

James is half of the two man sketch show, James and Drew presents: Drew and James, with his writing partner Drew DiFonzo Marks. James and Drew also have a web series called "2Bed/1Bath" which has been featured on the front page of Funny or Die several times. On top of that he was a longtime contributor to The Second City Network and created another web series, Unemployed.

James studied acting at The Beverly Hills Playhouse where he also taught improv. He is currently a faculty member at iO West and can be seen at his computer "writing" a lot.