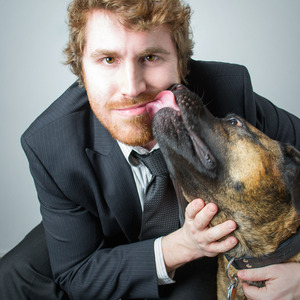 Isaac Kessler is a celebrated comedian, actor, improviser, basketballer, producer, writer, lover, and fighter. He is honoured to be nominated for Best Male Improviser at the 2015 Canadian Comedy Awards.

Isaac performs regularly with two of the hottest Canadian acts around.

As one half of improv/sketch sensation 2-MAN NO-SHOW, Isaac and Ken Hall have wowed audiences and critics at North America’s top Comedy Festivals, and performed a full run at the 2010 Edinburgh Comedy Festival. 2-MAN NO-SHOW attack every stage with their signature hyperphysical, hilarious and fourth-wall-breaking “ClownProv”-style that is unlike anything you’ve ever experienced. They were nominated for two Canadian Comedy Awards as Best Improv Troupe and Best Comedic Show, as well as Toronto’s Best Improv Troupe of 2013 & 2014 by NOW Magazine.

Isaac’s second comedy mistress is the fabulous foursome, S&P AKA Standards & Practices. S&P perform cutting edge longform improv comedy, and were selected as one of the top five improv troupes in North America by the acclaimed NYC Friars Comedy Club. They were invited to perform at the UCB Theatre in New York alongside four other amazing improv troupes.

Isaac studied Clown and Physical Theatre under the world-renowned Paola Coletto and Philippe Gaulier (mentor of Sacha Baron Cohen). He teaches, coaches, and performs improv all over Toronto, and has produced workshops for some of North America's finest theatrical instructors.