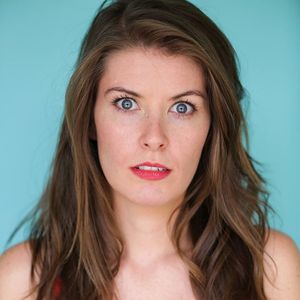 Hello! I'm a UCB Approved Coach and director of the UCB Maude team MAMA, and was on Harold night for several years with YETI and ROCOCO (13-week UCB Cagematch Champions.) Plus I'm a recommended coach/teacher at the Pack and the Improv Space!

I currently have a musical sketch show I wrote and star in called "HEATHER WOODWARD IS UNCASTABLE" running at UCB Franklin. In addition to my many years on Harold night, I’m in the long-running “Tonya Harding The Musical” as Nancy Kerrigan and in "Van Gogh Dating" as the character "Sage". I’ve performed in Play By Play, Let's Party, Cagematch, I've opened for the Smokes, I’ve written for Spoiler Country a bunch, XX Factor, Revolver, and written/performed in Sketch Cram a bunch as well.

Outside of UCB, I’ve been a house team sketch director at iO West for 4 years (teams: "The Truce", “Animal Style”, “Redlight” and "Sidekick"), I'm a writer/performer on iO West's longest running mainstage house team "The Mutiny", I was previously a writer/performer with the iO West team “DJ Faucet”, and have performed at the Groundlings Theater.

I enjoy working with regular performing teams, practice groups or simply subbing! I’d love to coach your improv team, sketch team, direct your Spank or help with auditions. I’ve worked and trained with 4 different theaters on two coasts, I bring a wide variety of approaches for practice with groups.