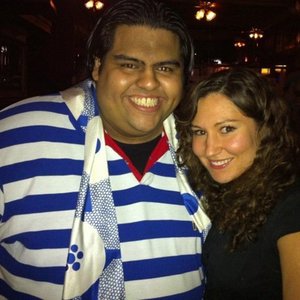 I've been performing improv since 2001 and have performed improv comedy all over the world including Sydney, Amsterdam, London and multiple cities in the US and Canada. I've taught workshops at many festivals and independently at high schools, colleges and universities.

I coach existing and new teams for short term and long term basis. I go beyond just weekly coaching, I'll help with booking shows and festivals, any help with acting career (headshots, reel, finding agents, etc.) I've honest, direct and supportive to anyone on all levels and will focus on individual growth as well as your team chemistry,

Hit me up and let's get to work!