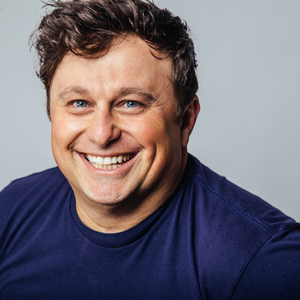 A show I co-wrote played for three months off broadway nyc in 2019. I’ll be directing again this fall at the Kennedy Center in Washington DC.

As a performer, I am an alumnus of The Second City National Touring Company and Resident Company (Chicago and Las Vegas). I've played on several teams long form teams all over LA and Chicago. Theatrical credits include: Kennedy Center, Goodman Theatre, Kirk Douglas Theater, Just for Laughs Montreal, La Jolla Playhouse, Dallas Theater Center, and Laguna Playhouse. I was a series regular on FOX's sketch comedy show MADtv. Other tv/film credits include: Modern Family, Jimmy Kimmel Live, Key and Peele, Dave Made A Maze, Reno 911, The Hotwives of Orlando, NCIS, The Lakehouse, Stranger than Fiction, Bad Meat, and over forty commercials.

I studied in Chicago at Second City and iO as well as at UCBLA.

Thanks for reading all this! Have a good day.