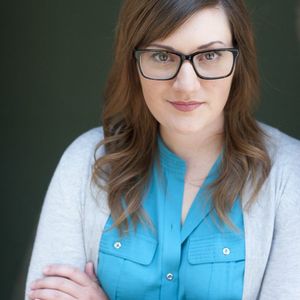 Hey! I would love to help your improv or sketch team find its voice. I'm especially great to bring onboard if you find yourselves running out of steam towards the end of shows, or frequently thinking "alright--now what?" We'll work on furthering the scene and fix that!

I can also help you write sketch, or develop a sketch show from improv.

I play with former IO West (RIP) harold team Linoleum City at the Clubhouse and ACME NoHo. I'm also a true crime writer (yes, that's really my day job and yes, we can absolutely talk serial killers after rehearsal). Other creds include: Sacred Fools Theater Company, IO West, Second City Touring Company (Chicago), Second City's Improv All Stars (Chicago), Annoyance Theater House Ensemble (Chicago), and IO Chicago. My writing has been published in The Red Eye, the Awkward Phase (a real book! cool!), The Second City Network, and The Parcast Network. My comedic shorts have been produced by The University of London and Smack-dab Productions.