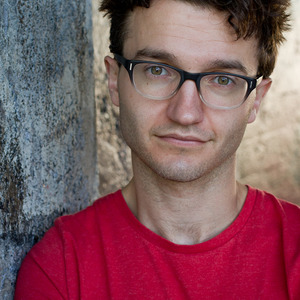 hi world,
email me for scheduling: drewdifonzomarks@gmail.com
heres a pretentious paragraph about me:

Drew DiFonzo Marks is the former Artistic Director of the UCB Los Angeles. He is a veteran teacher at the theatre, member of UCB Touring Company, and written/directed/performed in countless shows over the years. He hosted the "Long Hard Improv Jam" for 5 years before he took a year off to go write/perform at the 'Boom Chicago' comedy theatre in Amsterdam.

Drew currently performs regularly with the "The Faculty" show, is on the sketch team "Bonafide", and improvises every week with his team "Last Day of School".

He has been on HBO's "Funny or Die Presents", Fox's "ADHD", Comedy Central's "Reno911!", SikeTV's "MANswers", and a handful of dumb pointless commercials. He is the co-creator of the web-series "2Bed/1Bath".