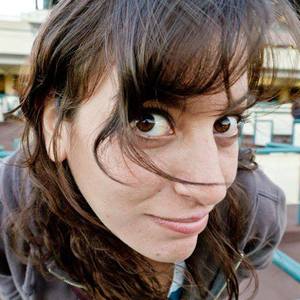 Deborah is a teacher at Upright Citizens Brigade Theater in Los Angeles and in addition to being on several Harold teams, has been performing at UCB for over 5 years. She currently can be seen performing with Assembly, every other Tuesday at 7:00 pm at UCB Sunset.

She was born and raised in Los Angeles, and took a brief hiatus from her small-town life to earn a degree in film studies from UC Santa Barbara. After college, Deborah worked for many years as a casting director for television.

She began taking classes at The Upright Citizens Brigade Theater in 2007, and since then has had the pleasure of performing on Harold night with the teams Delicatessen and The Great War. She also has performed with Puzzles, Rough Cut: The Improvised Movie, The Thanksgiving Feast Show, The OkCupid Show, Entertainment Hollywood, The Faculty and many more. She has also created many shows performed to sold out crowds at the UCB Theater including: The Valentine's Day Singles Mixer, Snow Day!, UCB's Spring Break, Election Night and many more. She has been teaching at UCB since 2012.

Deborah is a columnist for Hello Giggles and has written and can be seen in many Funny or Die Exclusive videos. She is a friend to all dogs (especially her own) and never has less than two types of fancy cheeses in her refrigerator at any given moment.