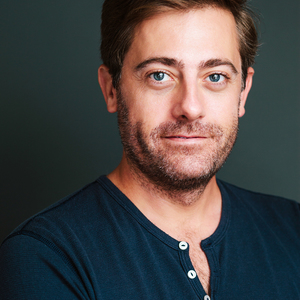 Dan is an actor, improviser and writer based in Los Angeles. He currently performs in The Assembly and hosts The Scene: Improvised One Act Plays at UCB Sunset. He would love to coach your improv team or direct your character/sketch shows!

Dan began teaching at the Washington Improv Theater (WIT) in Washington in 2006 before joining the UCBTNY faculty in 2013. He currently teaches at the Upright Citizens Brigade Training Center in Los Angeles.

At UCBTNY, Dan performed on the Maude Team Beige and on the Harold Teams Surfing, Salmon Diane, Grammer and Coworkers. He also co-hosted Couples Skate with Natasha Rothwell as Hodapp & Rothwell.

Dan has studied and performed improv for over 14 years at UCB, The Magnet, The PIT, Second City and i.O. West.