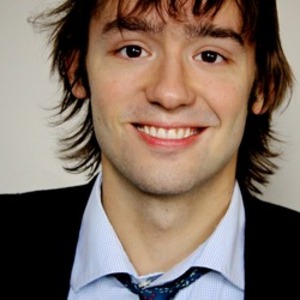 Dan Foster has been studying and performing improv for over ten years. He has performed all over the country, including venues such as the Upright Citizens Brigade Theater in LA (UCB), iO Chicago, iO West, Second Cities Chicago and Los Angeles, the Magnet Theater, the Annoyance Theater, the Playground Theater, the Brave New Workshop, MI's Westside Comedy Theater, and three different
ComedySportz-s. His teams have included Murdercliff, which won the 2011 UCB March Madness Tournament and dethroned Heather and Miles, the winningest cagematch champion in UCBTLA history, and Old Tom Jar, which won the 2008 inaugural College Improv Festival. He also coached the winner of the 2010 College Improv Festival. He has studied under Rich Talarico, Joel Spence, Julie Brister, Eugene Cordero, Alex Berg, Josh Simpson, Will McLaughlin, and Mike Abdelsayed, among others. He currently performs with Murdercliff, The Legends of Country Music, and Crazy Sexy Pool.

For the last year and a half, he was in Chicago, where he served as an artistic director and performer at The One Group Mind Theater. While there, he also coached three of the theater's House Ensembles.