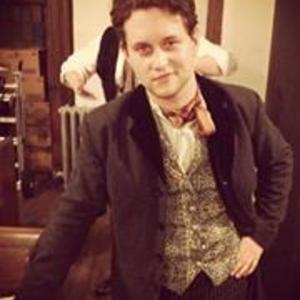 
Alan Starzinski is an actor, improvisor, and writer living formally of NYC. He has was on Harold teams Sandino and Rocks. He was on the Lloyd team Camp and the Characters Welcome house team. He has been taking classes at UCB since June 2007. He has studied under the finest teachers in New York City including Betsy Stover, Charlie Sanders, Shannon O'Neill, Zach Woods, Armando Diaz, Eliza Skinner, Kevin Hines, Anthony King, Neil Casey, and Joe Wengert. He is also the creator and former host of the popular show The Kaleidoscope. He is a founding member of the Indie team, Fat Penguin and he adores them. He has taught classes all around the world including at Oxford University.

On top of all this he has had 2 one man shows run at the UCBNY. So he knows his way around sketch shows and character work.

He was a 2016 Characters New Face at Just For Laughs Festival in Montreal.