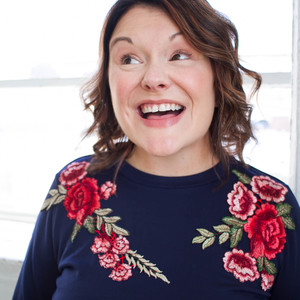 Hello loves! I started in Chicago in 2010 at Second City Chicago. I fell in love with improv and character work and began studying at iO Chicago and Annoyance Theater. I am a graduate of the Second City Conservatory, Second City Music Conservatory, and iO Chicago. I was thankful to be put on the Harold team The Sherbe(r)t Boys and performed with my indie all-woman group Manny Mora, as well as her musical improv team at Mint Music Improv directed by the amazing Stephanie McCullough!

I moved out to Los Angeles in 2015 and began studying at The Groundlings, UCB and continued to perform at iO West (R.I.P) with my Harold teams Slow Hustle and Dorothy. I have done many character showcases which I am happy to coach you for that, as well! I am currently waiting for Advanced Lab at Groundlings and perform around various theaters in L.A. while working the grind, ya hear? I recently put up a 30 minute one-woman show with 9 characters called, "Meet Me In Missery" which was directed by Nate Sherman. You can see me with my team Brother Bradley at Second City Hollywood and with her team Burly around the city!

I love a good character, I love good object work, and I dislike talking heads. :) Hire me won't you?