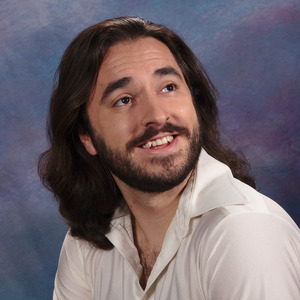 Bryan is a graduate of Upright Citizen's Brigade and the new Nerdist School as well as a performer of musical improv at iO West with his team Robot Teammate + The Accidental Party. Robot Teammate is the current holder of the title National Cagematch Champions with 86 wins in a row at the Cherry Crush at iO West.

Bryan has taught improv at Warner Bros. Entertainment, Lake Arrowhead Repertory Theatre's Young Actors Master Class Summer Camp, and at Ohio University. He combines a philosophical and impulsive approach with fun as the main priority. If you're having fun, the audience will too! He is well-versed in long-form montage as well as musical narrative and has studied with the likes of Dave Razowsky, Tara Copeland, Derek Miller, Ptolemy Slocum, Billy Merritt, Alex Fernie, Todd Fasen, Charlie Sanders, Greg Tuculescu, Chris Griwold, and Eliza Skinner. He can also help with the business aspects of how to use improv to (maybe one day) pay the bills.

He likes money but he'll barter for food as well! He's also a moderator at reddit.com/r/improv and thinks you should subscribe!